Shopping Cart
Your Cart is Empty
Quantity:
Subtotal
Taxes
Shipping
Total
There was an error with PayPalClick here to try again

Thank you for your business!You should be receiving an order confirmation from Paypal shortly.Exit Shopping Cart

As Salaamu Alaikum! As one of the most influential Islamic Scholars of the 21st Century, this project offers a glimpse into the mind of Imam Warith Deen Mohammed through a study of his early discourses in their sequential order from the date of his rise to leadership in the Nation of Islam. It has been said that his “interpretative analysis of religion and social processes based upon the religious doctrine of the Holy Qur’an brought the exegesis and social commentary out of the seminaries into the streets and harnessed a new religious psychology.” Indeed, the impact of Imam Mohammed’s “exegesis and social commentary” has “not been confined to the religious sector, but have penetrated into the entire social, academic, political, and economic sphere.”

As part of our continuous effort to preserve and promote Imam Mohammed’s interpretative discourse on Al Islam and its societal precepts based on the life of Muhammad ibn Abdullah (PBUH) and Holy Qur’an, we have compiled a significant portion of his discourses in their sequential order. We submit that the sequence in which these discourses were revealed reflect a formulary for the evolution of the human being from so-called Black Muslim to Mu’min.  It is our hope that by reissuing these discourses, the reader will experience the journey to self-discovery so many others experienced up and until today. We pray that this publication can serve as a catalyst to ignite a scholarly inquiry into Imam Mohammed’s exegesis on Al-Islam.

We would like to remind everyone that what we have done is to simply search the various resources made available through the electronic, print and other media and complied Imam Mohammed’s previously publically disseminated, teachings, talks, lectures, articles, etc., into this book. Having this information available in a “quick reference” guide is certainly a useful tool for those of us who are students of Imam Mohammed. Also this book will offer an interesting look into Imam Mohammed’s mind for those who are unfamiliar with his transformative commentary.

It is our intentions to compile and publish a complete series of volumes dedicated to Imam Mohammed’s discourses in their sequential order during those crucial years of 1975 to 1980, Insha’Allah.

Lastly, this project is being untaken as a mission of commemoration of the life, work and leadership of Imam Warith Deen Mohammed with the prayer that by its use, minds will be renewed, hearts will be restored, and lives will be made more productive. Allahu Akbar! Alhamdulillahi rabbi alamin! Fisabillah! 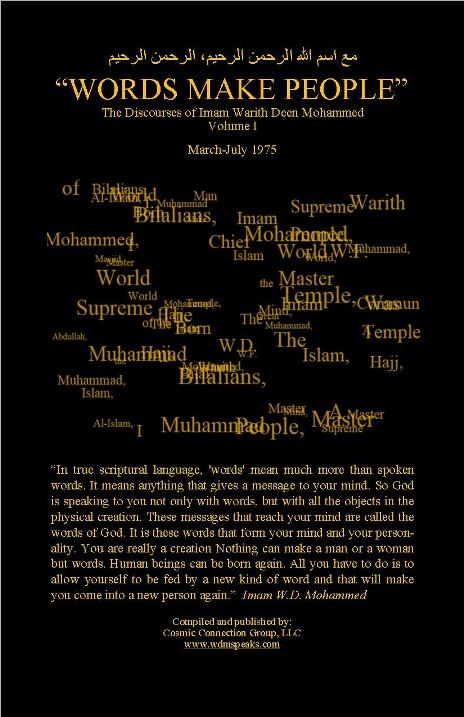 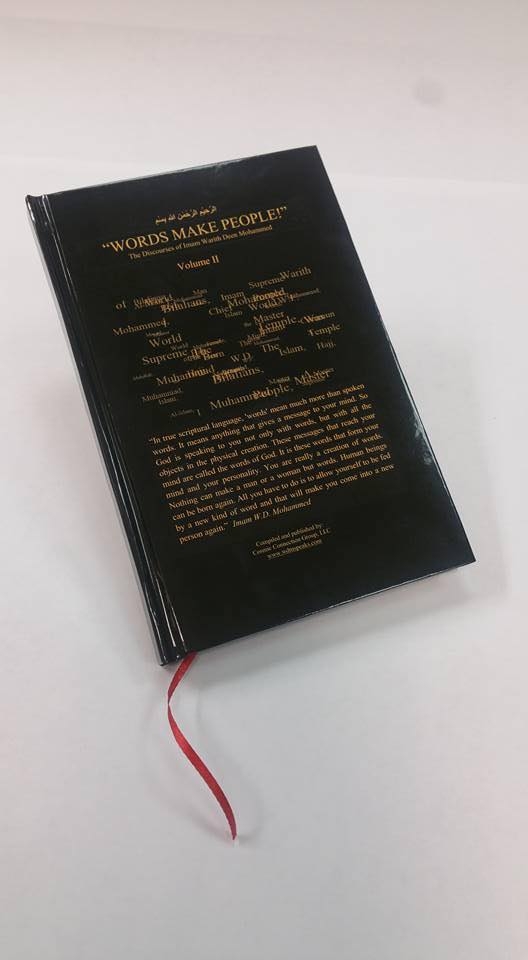